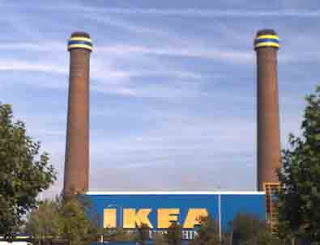 I didn't go to look at these chimneys, I went to look at an Ikea kitchen - obviously - but they're impressive and there's an interesting piece involving them on the SuperCroydon blog which made me wonder whether the terminally imminent redevelopment of Battersea Power Station might follow a similar course (ie; the shelving of an ambitious renovation project in favour of some major demoltion). 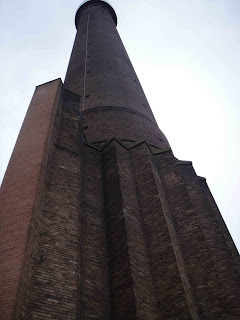 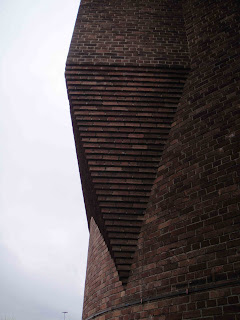 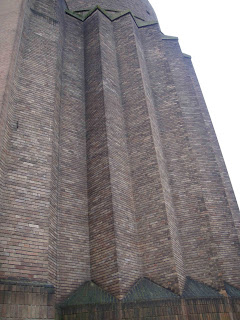 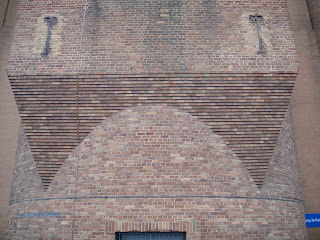 Architect Robert Atkinson's usual metier was Art Deco but the lower portions of the chimneys are strikingly medieval and martial, even the broken off girders seem to fit this image.
Posted by brutalism+booze at 22:05