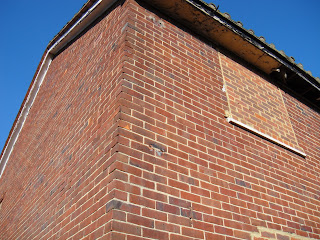 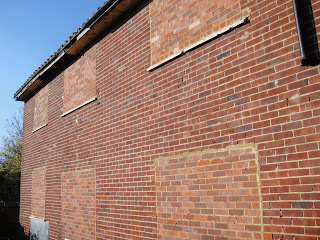 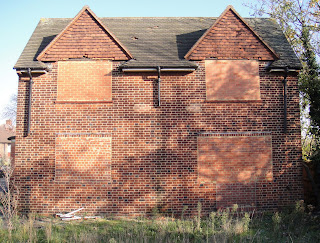 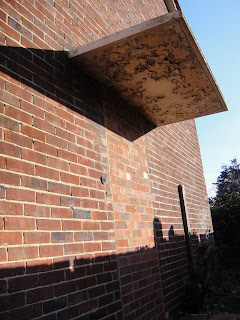 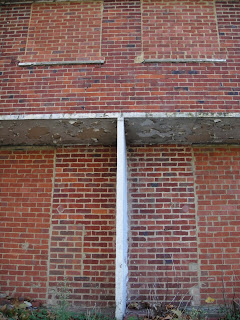 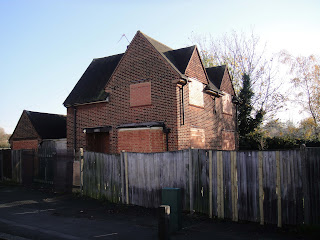 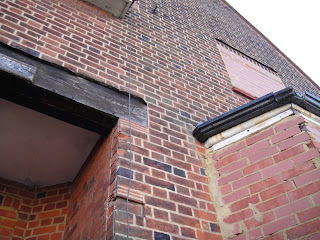 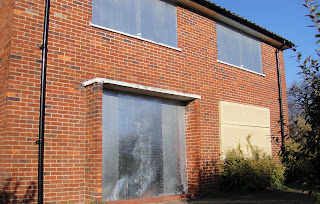 It was possible to see through the perforated metal sheeting on this house and instead of the stripped out shell I expected, the room appeared to be fully furnished which makes me wonder if the same secret lies behind the bricked up windows and doors of the other houses... 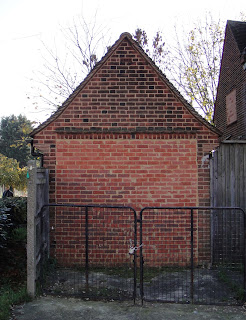 ...and if the car is still in the garage? 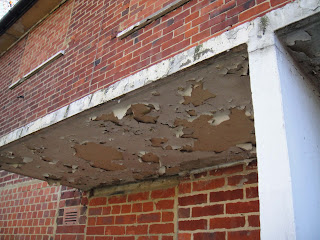 The Power of Nostalgia

By the miracle of the inter-library loan I recently got hold of a copy of Jonny Rodgers' book on Gillespie Kidd and Coia from the Glasgow School or Art and so have been gorging on heavily modelled loadbearing brickwork all week.
Anyone without a library card should not despair though as there are a lot of images available via Flickr.
One incedental thing that I was reminded of looking at the images of a 70's housing estate the firm built in Milton Keynes was the risk that nostalgia poses when trying to assess architecture from photographs.  First have a look at the image link above then follow this to find it on Streetview to see what I mean.
Steve C.
Posted by brutalism+booze at 15:57 2 comments:

Despite the fact that the new Blackberry produces images which look like they've been through six of Photoshop's fiercest filters, I do really like the results.
Don't judge this from the shots of Maison Jaoul below - which are also overexposed and under focused.... but the pictures of Churchill College - if you enlarge them -  hopefully show you what I mean.
In terms of lineage Corbusier's Maison Jaoul (1954) might be the proud parent of most of the gritty brick and concrete works covered by this blog to-date and so for this reason needs to be represented with an image or two, poor as they may be.  It's relation to Richard Sheppard's impressive Churchill College Cambridge (1968) - which we visited a couple of weeks back - I think is pretty clear.
This week I've been enjoying Jonathan Glancey's entertaining '20th Century Architecture' and notice that as of 1998 Peter Palumbo - champion of Sterling and Gowan's No.1 Poultry - was the owner of Maison J. 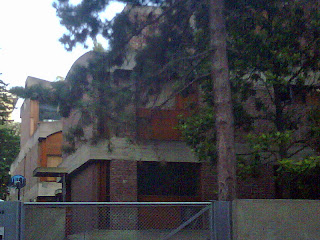 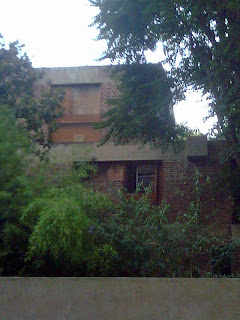 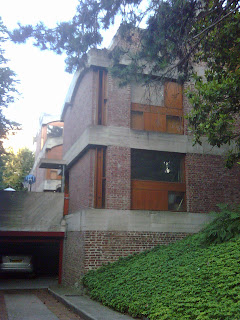 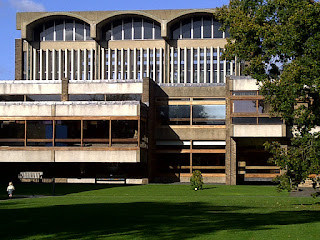 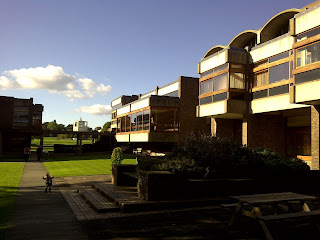 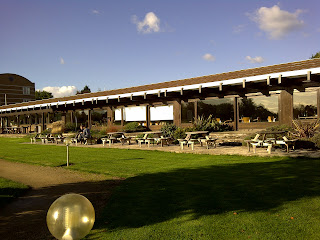 Posted by brutalism+booze at 15:29 No comments: