Apologies for the ridiculously short notice but we'll be meeting tomorrow evening, Friday 1st July, 6.30 at the Market Porter, Stoney Street SE1 for a quick pint then a walk to the Shard site and after to cross the river to OMA's New Court (4-7 St Swithin's Lane) - followed most probably with another drink and/or food.

If you fancy coming pls. let me know by sending me a message.

Steve
Posted by brutalism+booze at 11:48 No comments: 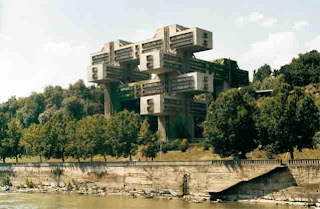 Enjoyed leafing through this at the Taschen bookshop on Sunday. A lot of it is a bit baroque but there are also some amazing structures from what I assume is a fairly uncharted period in a fairly uncharted region (ie Russia just before the collapse of communism). See also Richard Pare's 'The Lost Vanguard' for a relatively sober comparison!
I was given a few names recently of notable contemporary Russian architects and the only one I've investigated so far is Alexander Brodsky who created a series of drawings with Ilya Utkin mainly in the 1980s, often submitted as entries to architectural competitions in Japan and the US.  Well worth a look, particularly if you like Boullee, Piranese etc 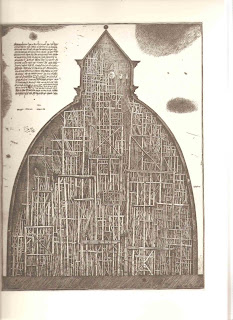 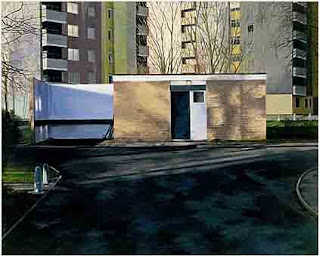 George Shaw, Scenes from The Passion: The Cop Shop (1999-2000). Humbrol enamel on board
A must see show at the South London Gallery (until 3rd July) with a talk by Shaw on 22nd June which I definately want to go to.
The only slightly frustrating thing was the lighting, which somehow seemed to make the pictures difficult to examine.  I read that Shaw had the central atrium over the gallery covered up to get the effect he wanted.
I also learned that he is a current nominee for the Turner prize and that he's almost the same age (maybe a year younger) as the artist I used to confuse him with, David Rayson.  I'd be interested to read some comparative criticism of these two artists if anyone feels up to the task?? 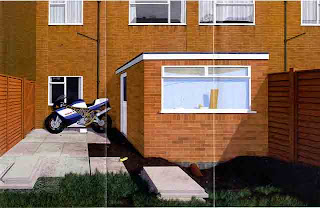 David Rayson - Just Lately
Posted by brutalism+booze at 11:17 No comments: