Fortunately set my predjudices aside and went to the Po-Mo retrospective on Sunday and though it hasn't brought me any closer to the movement's architectural side, the thrill of anti-modernist liberation certainly came over, along with the vitality and creativity across the various fields of activity.

Posted by brutalism+booze at 14:22 No comments:

During the recent  Open House Weekend I joined a tour of the Worlds End Estate in Chelsea, guided by some of the residents.  Here's the handout we were given, hopefully legible but you'll have to click... 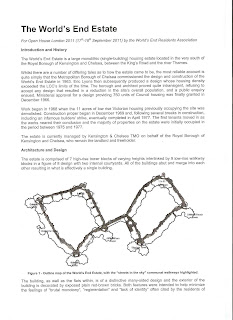 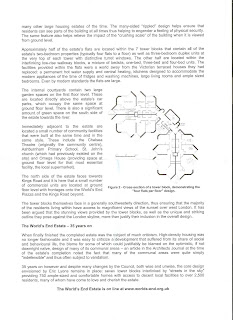 Surprisingly we were told that the estate is a good money maker for the local council despite a quarter or so of the tenants not paying full (or any) rent. 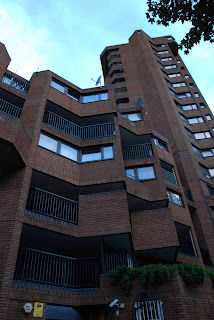 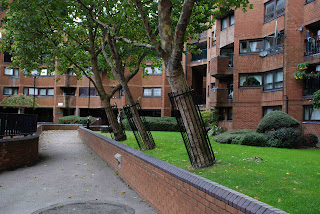 view of central courtyard which, garden and all, is built above the carpark which may explain the leaning trees? 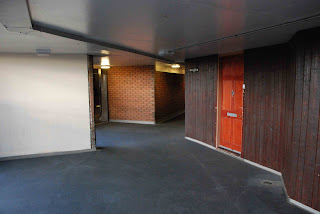 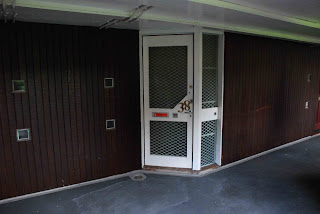 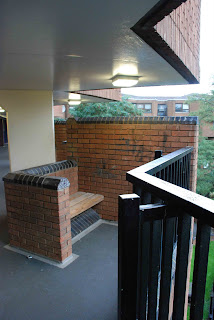 Lil' benchy, for the old folk.
The fact that these 17 storey brick towers are not infact of loadbearing masonry despite their brick facings should bother the modernist in me, but doesn't, for some reason. The modernist in me has, however, been arguing the case for 'structural honesty' at the Archinect site, which you can see and join with here should you be so inclined.
Haven't got to the V&A's Po-Mo retrospective yet and in truth feel like I should but don't necessarily want to as I don't expect it will touch on the area of historicism that I go for...ie not the brash plasticky southern stuff but the weighty somber northern stuff... a la William Whitfield, Sampson House or St Columba Presbyterian Church of Scotland - being the other site visited on Open House day... 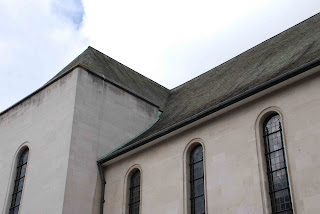 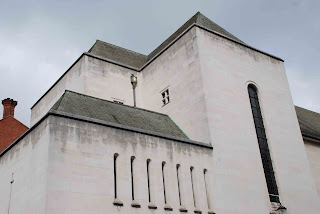 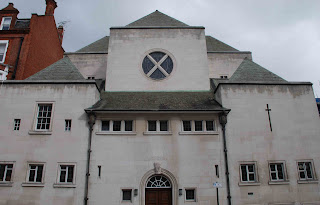 Complete circa 1955 this was not what you might have called the cutting edge of the avant garde, but having said that I do think stripped gothic rocks pretty damned hard.
Posted by brutalism+booze at 13:56 1 comment:

Like millions of others I'm very much enjoying Lana Del Rey's 'Video Games' but have to ask - is it really possible to whistle someone's name??
On the subject of gaming...finally completed Mario Galaxy II, having committed to it more hours than I could in good concience graph against those spent with my family, helping the poor or on my continuing professional development...however it helped me de-stress and now it's done I'm turning to Angry Birds as succor for the insomnia.
I think my previous post on Mario is in every conceivable way backed up by the success of Angry Birds which I attribute to the absolute predicability of the modelled world, gravity, velocity etc vs the fuzziness of the - admittedly virtuosic - Mario.

Posted by brutalism+booze at 13:26 No comments: