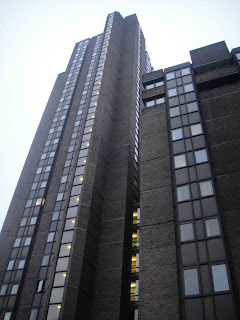 Bit of a vague title to the post but can't see the road number on any of my photos or Streetview...also no real clue as to it's identity from the signage so if anyone can help me out in identifying it's provenance I'd be grateful.

If you have a look at it on the satellite image it appears on the corner of Waterloo Road and Sandell Street and you can see it's quite big, mixed use, offices with residential high-rise behind with the highest tower at 20+ storeys.

Lot's of nice details here and many personal favourites such as the sloping brick plinth...

An earlier post on William Whitfield featured Oriel House, a building from , I would guess, a similar date and likewise combining dark brick with framed/curtain wall construction - see here - and although I really love the medieval-ness of the brickwork in the Whitfield the marriage here of the two different flavours is much more comfortable (actually, thinking about it...I'd put this building a bit earlier than Whitfield's...say 1977 vs 1985???). 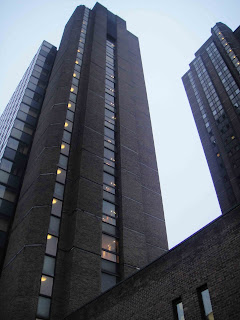 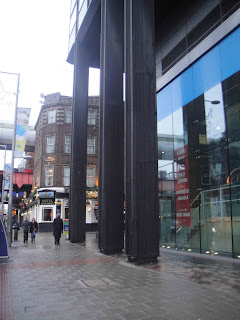 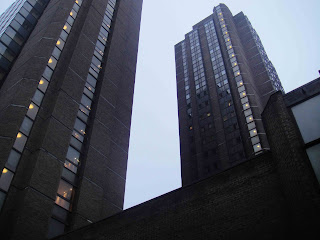 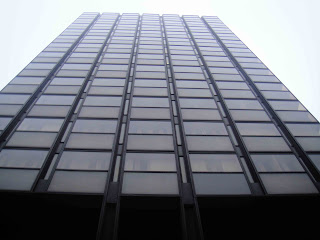 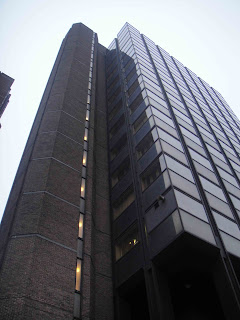 The two images above show the office space facing onto Waterloo Road and are flanked by a much lower part presumably to bring the scale of the street facade down to that of the adjoining buildings: 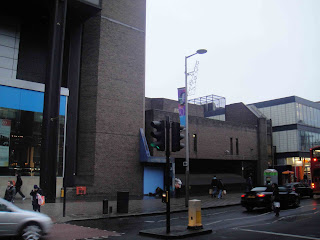 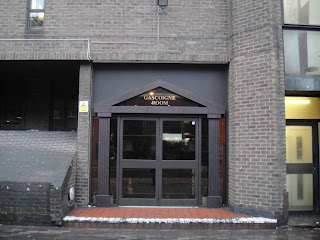 ...with a little bit of the Classical to welcome you to the 'Gasgoine Room'.
More later on the relationship between Classicism and Brutalism....
Posted by brutalism+booze at 16:15