Slenderness is the holy grail of the tall building and here in London we are, it seems, destined to never achieve any.
Conventional wisdom lays the blame for this partly at the mouldering door of old St Paul's Cathedral which, from beyond the pre-industrial grave, restricts development of quite large areas of the City so that we can continue to get a good view of the big church.
The fact that it was itself the tallest building in town until 1962 (if Wikipedia is to be believed) says a lot about Londoners' enthusiasm for building high, and the tall buildings we do have tend to be disappointingly squat. Even the new giants (Shard and Heron Tower as well as the still-to-be-built Pinnacle) are not truly slender when compared, for example, with the paradimatic World Trade Centre. 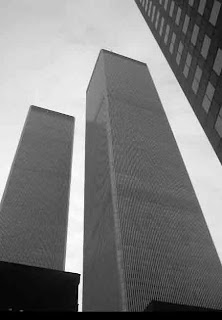 Or, to bring ourselves up to date, the magnificent International Commerce Centre in Hong Kong: 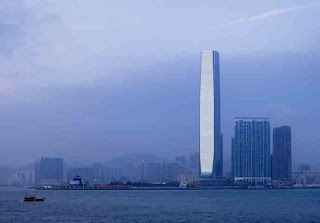 We do of course have the wonderful Barbican towers which look slender from a lot of angles.... 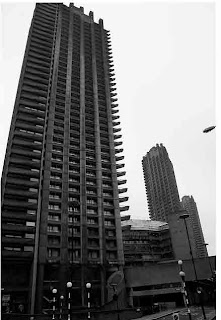 photo taken from rjf199 photostream on Flickr
I'd never really thought how aptly named the Barbican is and how well the martial, medieval association suits Brutalism generally.  In their relative isolation on the skyline the three towers are somewhat sentinel like.
The Natwest Tower also has it going on... 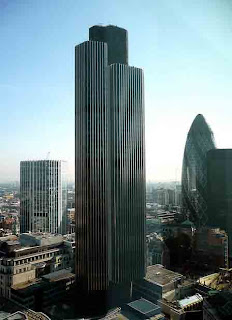 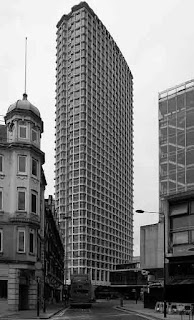 image from jfsouto's photostream on Flickr
Centre Point, also by Seifert which looks pretty slender from one angle only.
Being brave and selfless folk, architects have come up with ingenious ways to make a squattie look more slender...the Euston Tower for example disguises it's big fat footprint by presenting as a series of conjoined slimmies.
photo from Antti Tassberg's photostream on Flickr
Cesar Pelli could only facet the corners of the irretrievably stocky One Canada Square: 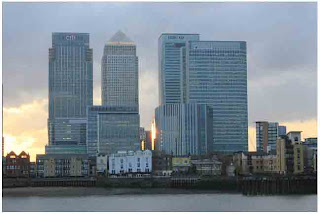 image from Firing Canon's photostream on Flickr
At 235m it is tall.  Just doesn't look it.  To the right is Foster's 8 Canada Square. 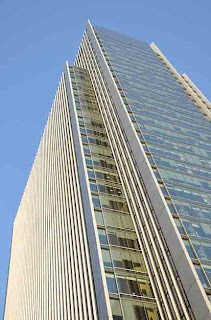 10 Upper Bank Street (by KPF, architects of ICC in Hong Kong) is really a fat tomb-stone but looks nice and skinny from the side.

And saving the tallest (completed building) until last: 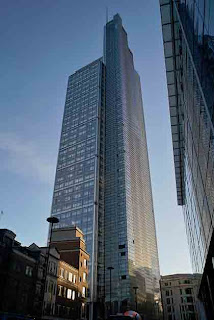