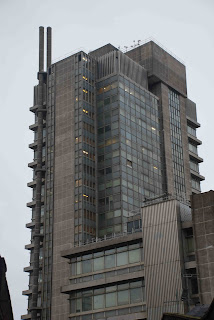 So here we are.  Run to ground at last.  British Telecom's Keybridge House.  An interesting Observer article from 2007 rightly chastizes BT for not looking after the building but wrongly catorgorises it as an eyesore.  That Julia Barfield says much the same thing is a depressing surprise.
Now, while I know the building really needs a clean up (think how beautiful all that stainless steel will look shining brightly in the occasional sunlight), this doesn't for a minute mean that it isn't a powerful and impressive piece of architecture in its current state - which I hope comes across in the photos despite the greyness of the day.
The Observer piece helpfully labels KH as Brutalist, something that didn't immediately occur to me although it could be read this way in some important aspects (compare the image below with the Mendes da Rocha block shown in this previous post).  I think a broadening of the term might be in order though as the tower itself also has aspects of many straight down the line commercial office buildings of the time.  Does that make all high-rise commercial buildings in an urban setting part-Brutalist?? 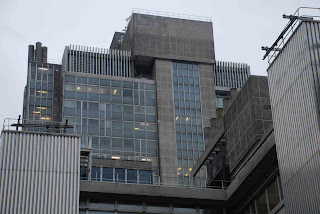 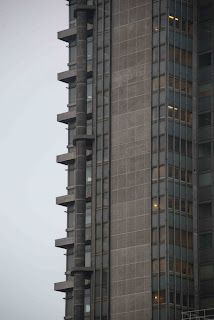 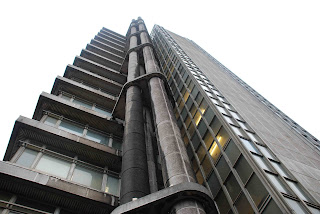 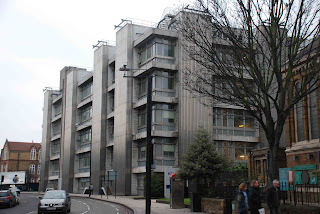 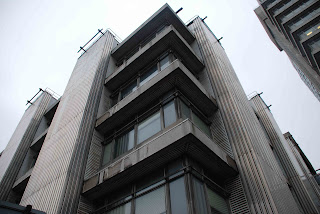 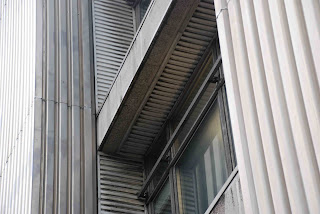 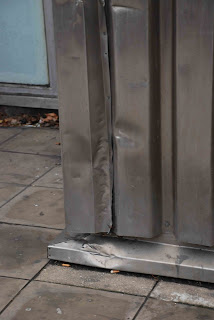 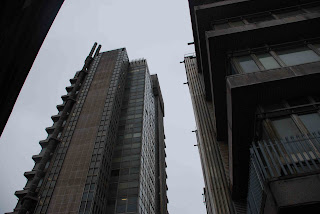